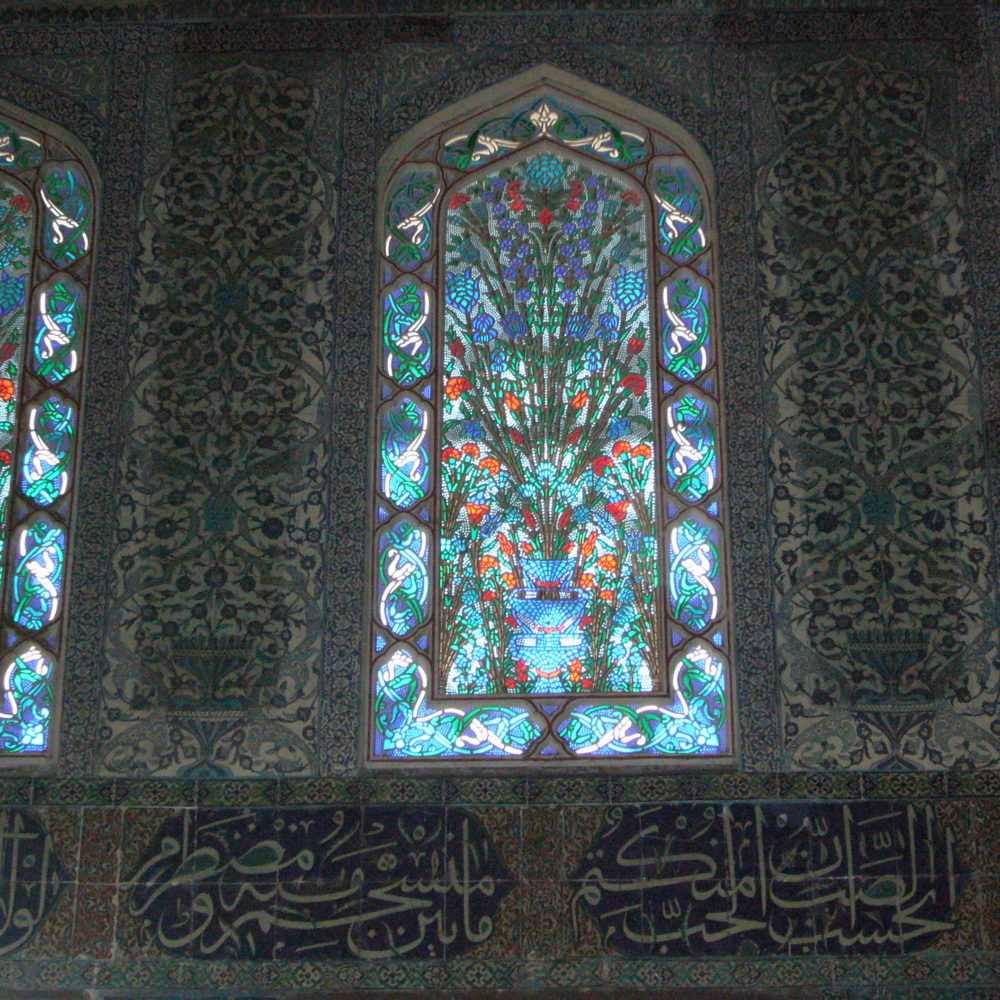 The Turkish Daily News. An English-language newspaper in Turkey.
www.turkishdailynews.com.tr/

Professional Shopper, Kathy Hamilton. We used Kathy Hamilton as our guide through the Grand Bazaar. If you’re going to be doing some serious shopping and bargaining, she’s the ticket.
www.IstanbulPersonalShopper.com

A few “neighborhoods” within the Grand Bazaar:

–Bedestan. A specific, up-market part of the Grand Bazaar.
www.archnet.org/library/dictionary/entry.jsp?entry_id=DIA0049

Ethnicon Takkeciler. A carpet store at Sokak 58-60 in the Grand Bazaar where antique Turkish rugs are cut up and fashioned into modern carpet collages.
www.ethnicon.com/

Sisko Osman Carpet and Kilm. An Istanbul carpet store in the Grand Bazaar specializing in “dowry rugs” sewn by women before their marriage that often express their hopes and dreams.http://www.siskoosman.com/index1.html/

Gundogdu Carpets. From a tiny shop a short walk from the Grand Bazaar, Abdullah Gundogdu sells antique carpet, small and large. Each year, he visits major American cities where he has clients, but you’ll get a better deal in his hometown. FYI, he’s married to an American, Kathy Hamilton, our “professional shopper” in Istanbul.
Corlulu Alpasa Medressesi; Carsikapi, Yeniceriler Cad. No. 36/5

Igus. Scarves, scarves, and more scarves. More than 1,000 varieties of scarves and shawls of many colors in the Grand Bazaar.
http://www.igustekstil.com/english/index_eng.htm/

Cinar. One of Istanbul’s toniest carpet stores (near the Grand Bazaar) specializing in hand-woven silk rugs, many from original designs.
http://www.cinarhali.com.tr/english.html/

Firca. For exquisite pottery, tiles, bowls and dozens of other items made in Turkey (many in Iznik style), visit this ceramic store near the Blue Mosque.
http://fircaceramic.com/Firca_istanbul.html/

Beyoglu. This 19th century, traditionally European neighborhood that includes Istiklal street is great for shopping, dining, and a hotspot for nightlife.
http://www.turkeytravelplanner.com/go/Istanbul/Sights/Beyoglu/

Istiklal street. A favorite, pedestrian-only, cobblestone shopping street with plenty of side alleys featuring restaurants in the Beylglu neighborhood. A cute tram runs the length of the main street.
http://www.day12.com/welcome_istiklal_basar.htm/
http://www.istanbul-travel.net/istiklal-street.html/

Aya Sofia (or, in Greek, “Hagia Sophia”). This Byzantine Basilica cathedral was built in the sixth century by the Emperor Justinian on the site of earlier churches and temples. It’s distinguished by its massive dome and was the largest cathedral in the world for nearly a thousand years. It was converted to a mosque in the 15th century and is now a museum open at no charge to the public.
www.greatbuildings.com/buildings/Hagia_Sophia.html/
www.en.wikipedia.org/wiki/Hagia_Sophia/

Blue Mosque (Sultan Ahmed Mosque). A 17th century Istanbul mosque famous for its columns of pink marble and granite. More than 21,000 Iznik tiles were used to finish the interior, which gives the inside a blue haze that also gave the mosque its nickname.
www.islamic-architecture.info/WA-TU/istanbul/WA-TU-IST-003.htm

Eyup Mosque. The Eyup Sultan Mosque was built in the 15th century on the spot on the European side of Istanbul where Abu Ayyub al-Ansari, the standard-bearer of the Islamic prophet Muhammad, died during the Arab assault on Constantinople in 670.
http://en.wikipedia.org/wiki/Eyüp_Sultan_Mosque/

Topkapi Palace. Istanbul residence of the Ottoman Sultans from the 15th to the 19th century.
en.wikipedia.org/wiki/Topkapi_palace
www.guideistanbul.net/aboutistanbul/highlights/topkapi-palace/

Gate of Felicity. The entrance to the Sultan’s private quarters in the Topkapi Palace.

Rustem Pasa (Rüstem Pasa Camii or Rüstem Pasha Mosque). The sixteenth-century mosque just up and behind the Spice Market. Don’t miss the exquisite Iznik tiles that cover the walls. It was built by the Ottoman architect of great repute, Mimar Sinan.
www.archnet.org/library/sites/one-site.jsp?site_id=2996/

Baba Zula. One of the hottest bands is Istanbul—you can find Baba Zula’s CDs in any Turkish music store.
www.babazula.com/

Hamni. Shish kabob is ubiquitous, and this restaurant near the Spice Market with a grand view of the Bosporus (try to time your appetizers with sunset) is the place to enjoy the national dish.
http://www.hamdirestorant.com.tr/hamdien.htm/

Tugra Restaurant, Ciragan Palace. Ottoman and Turkish cuisine at its best in a dining room with a panoramic view alongside the Bosporus. Sit outside in the summer.
www.kempinski.com/en/istanbul/Restaurants%20and%20Bars/Restaurants/Pages/

Beyti Restaurant, Florya. Situated in a residential neighborhood not far from the Atatürk International Airport, Beyti is an upscale restaurant specializing in meats. Frequented by world leaders, it’s modern, three-story building with 11 rooms is opulently decorated and was designed by architect Osman Yilmaz Sanli. Great for a special dinner.
www.beyti.com/en/

Cemberlitas Hamam. Designed by Ottoman architect Mimar Sinan in the 16th century, this stunning Turkish bath is open to men and women from 6 a.m. until midnight.
www.cemberlitashamami.com.tr/

Whirling Dervishes, or the Rumi Mevlevi Music and Sema Ensemble. Members of a Suffi order who follow the teachings of the poet Rumi dance at the Sirkeci train station in downtown every Monday and Thursday nights. If you’ve never seen a whirling dervish, this is the place.
www.rumimevlevi.com/en/index.php