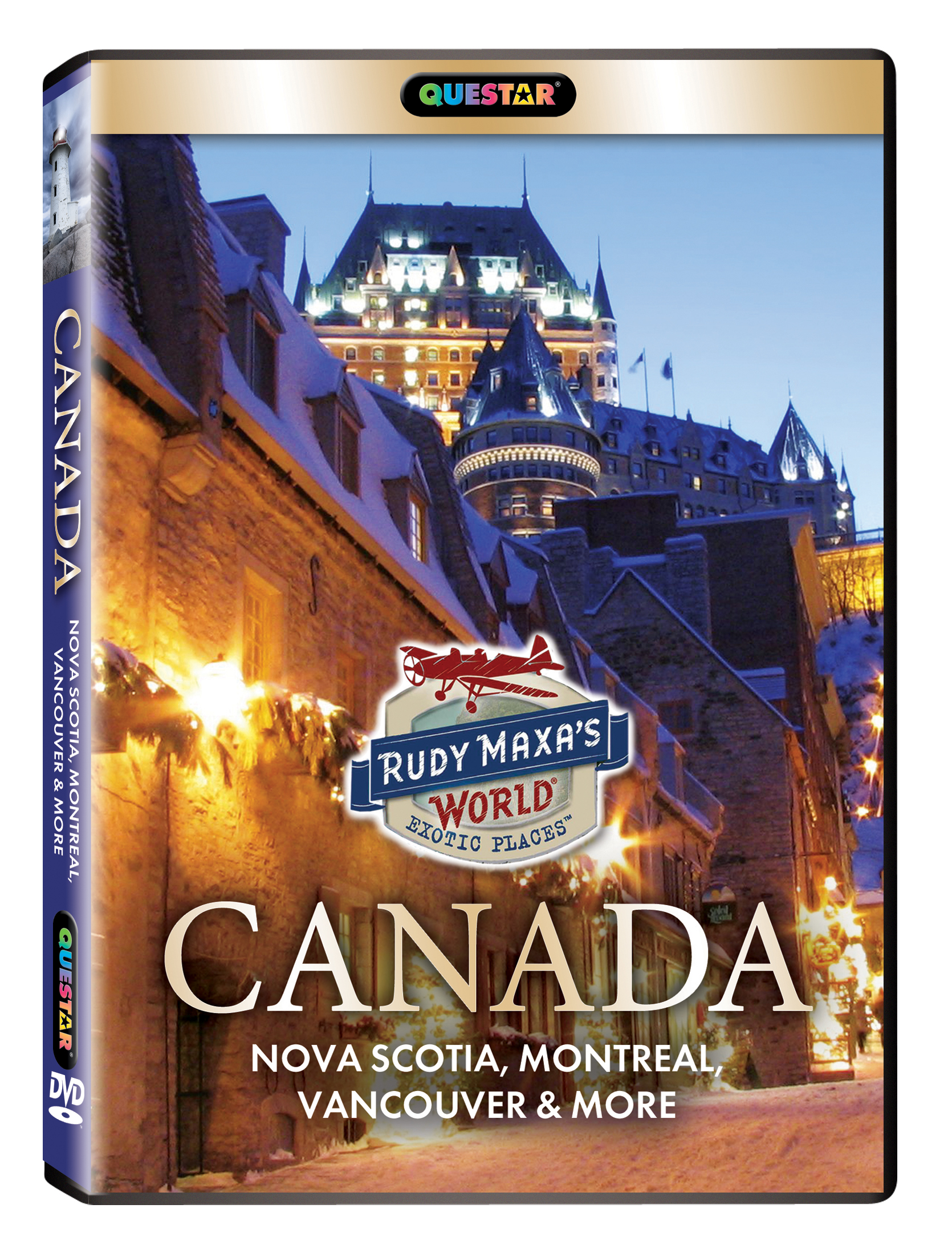 Susan McNally is a writer/producer and director with more than 30 years’ experience in film and television. She is currently the co-executive producer and producer/director/writer of “Rudy Maxa’s World.” McNally has written and produced more than 60 episodes, and has earned numerous awards, including three EMMY awards, multiple CINE and TELLY and Lowell Thomas awards for her work on PBS. McNally is also a playwright. Her work is performed in her beautiful city of residence, Seattle, Washington.

McNally graduated President’s Fellow for Comparative Literature from Trinity College in Hartford, Connecticut, and went on to earn her Masters in Film and Television from Boston University.   In 1999, she received a grant from the National Endowment for the Arts for her work in film.  She writes and directs documentaries, advertisements, corporate communications, and her own narrative films.

A native of Tokyo, Japan, Daisuke Utagawa trained under a sushi chef in Japan before coming to US. In 1988, Utagawa bought the restaurant, Sushiko, in Washington, D.C., and began his career as an American restaurateur.

In addition to his extensive experience creating successful Japanese restaurant concepts, Utagawa has done numerous TV and radio appearances. Utagawa has been a featured guest on the PBS travel show Rudy Maxa’s World, appearing in its Italy show as a food expert. He also consults for Maxa on food matters. He has been a guest on American Public Media’s The Splendid Table with Lynne Rossetto Kasper and on WAMU’s Kojo Nmamdi Show as a Japanese food expert.  Utagawa has served as a contributing editor for National Geographic Traveler, producing five feature articles covering his travel adventures through Mediterranean food cities, Tokyo, Kyoto, Thailand, and Hong Kong. Utagawa has also lived and worked in Europe (Italy, France, and Switzerland) and the Middle East (Dubai).

In 2013, Utagawa and partners Yama Jewayni and Katsuya Fukushima, opened what proved to be an award-winning ramen shop, Daikaya, and upstairs in the same building in Washington, D.C.’s Chinatown, Izakaya. An izakaya is a type of informal Japanese gastropub. In February 2014, Daikaya captured national attention in GQ Magazine’s “25 Best New Restaurants in America,” followed by similar sterling accolades in Bon Appetit, Eater National and USA Today. It also earned three stars in The Washington Post and among the “100 Best Restaurants” in Washingtonian. In 2016, Utagawa, Jewayni, and Fukushima opened two more restaurants in DC ‑ Bantam King and Haikan.

Beth Farnham is a producer currently residing on the West Coast. She has more than 15 years’ experience in film and video production, working with a wide range of clients. Beth has worked to support filmmakers and nonprofits in the Seattle and San Francisco area, holding various roles in non-profit organizations including the Film Arts Foundation, Women In Film/Seattle, and IFP/Seattle.

Karel Bauer is an award-winning director of photography and cameraman. A graduate of NYU film school, he has been based in Seattle since 1991. His work with clients from across the spectrum of film and television production has taken him to more than 60 countries on all seven continents. Broadcast credits include work for all the major US television networks, History Channel, Discovery Channel, National Geographic Television, Rick Steves’ Europe, Art Wolfe’s Travels to the Edge, History Channel, Travel Channel, A & E, VH1, MTV, Channel 4 UK, Nippon TV, NHK, and ZDF Germany.

For more than 16 years, Kirk Miller’s camera work has been seen in numerous television programs and commercials. He studied film and video production at The Evergreen State College in Olympia, Washington, and served as Director of Photography on two concert films and a tour documentary for comedian Margaret Cho. For “Rudy Maxa’s World,” he is the photographer on the St. Petersburg, Estonia, Tokyo, and Kyoto shows.

Joseph Pontecorvo is an award-winning producer and cinematographer with more than 20 years of experience in non-fiction broadcasting. His career has been directed by his love of travel and a passion for filmmaking. During the past 10 years, Pontecorvo has focused on High Definition production. His work has appeared on The National Geographic Channels, The Discovery Channels, the BBC, and PBS.  His credits include: “In the Shadow of the Tiger,” a one-hour special on the race to save Siberian tigers from extinction for the Discovery Channels; “Hyper Rescue Tokyo,” a close-up look at a special unit of the Tokyo Fire department for National Geographic Channels; “Mekong-Soul of a River,” a four part series on the Mekong River for Discovery HD and Discovery Channel International; and “Kingdom of the Elephants,” a documentary exploring the relationship between humans and elephants in Thailand for Discovery Channel International.

Peter Rummel has been involved in television production for 23 years.  He has photographed scenes around the country and around the world.  He lives in Seattle with his wife and his blind dog, Lars.

Eric edited the documentary “The Heart of the Game” that premiered at the Toronto International Film Festival and was distributed by Miramax and lauded by one critic as “an Oscar-level piece of work.” Other recent projects include “March Point,” selected to air on the EMMY Award winning series,“Independent Lens.” The documentary follows three Swinomish teens and their investigation into the impact of oil refineries near their reservation and how the process of filmmaking changed their lives;“Uno Mas,” a documentary that pays tribute to one of the greatest Afro-Cuban musicians of all time;“Hidden Worlds: Underground Rome,” a documentary distributed in more than 20 countries. Firth also provided additional editing on “Take,” a movie starring Minnie Driver and Jeremy Renner that premiered at the Tribeca Film Festival.

Doug Lyons is a colorist, compositor, graphic artist, writer, teacher, and visual effects supervisor. His work with public television began in high school where he was a cameraman. More recently, he edited five seasons of “Bill Nye, The Science Guy” as well as the three-part series, “Pioneers in Aviation.” His effects work can be seen on “Stargate SG1” and “The Outer Limits.”

Seattle-based Lyons has worked in the Netherlands, Washington, D.C., and New York City. From High-Definition to the internet to Dutch hip-hop videos and major motion pictures to Blu-Ray DVDs, Lyons says he’s seen enough to now only work on projects he believes in.

Doug Loviska has been an editor for 40 years. His work experience includes commercial, corporate, sports entertainment, documentary, and feature film. Loiska enjoys reading stories, watching stories and telling stories. He has no plans to retire.

Catherina Macek is a seasoned professional with many years experience in film/television. She has spent years working as a producer and location manager throughout the US . Much of that time was spent traveling the country with television productions meeting and working with extraordinary people on projects that enhanced many lives and the communities in which they took place. Cat enjoys the challenge of a constantly changing environment and has a strong passion and love for the diversity and beauty the world has to offer.

Established in Tahiti – French Polynesia for more than 15 years, Bleu Lagon Productions specializes in producing and co-producing documentaries and programs for the French TV and other international customers. Bleu Lagon Productions has produced several shows for France 3 Thalassa, Planète Thalassa, France 5, Arte, RFO Polynesia, 1st, Prodom, Seasons, KTO, France Ô, RTBF, Discovery HD, and PBS. Its headquarters are based in the French Polynesian capital of Papeete with offices in Los Angeles and Paris.

Keiko Takahashi is a graphic designer with more than 10 years of experience creating award-winning designs that gain the attention of national/international target audiences. Her areas of expertise include logos, image systems, print collateral, packaging, website design and illustration. She has worked on a wide variety of projects from retail to corporate.

Keiko earned a BFA from Minneapolis College of Art and Design in Minnesota, and has worked at design firms in both the United States and Japan.

Richard McFarland brings a lifelong passion for the arts to his current work as an illustrator and graphic designer. He attended art schools in the Midwest and on the West Coast, earning a Bachelor of Fine Arts degree in 1979. An undeniable computer geek (he’s used Photoshop since version 1.0.7), McFarland now works almost exclusively in the digital realm.